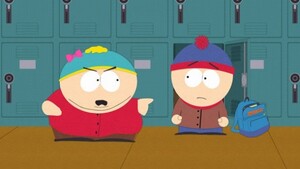 Btw being in the South Park writers room is the biggest honor of my career. Matt and Trey are massive heroes to me. — David OReilly (@davidoreilly) October 8, 2014

Kilkenny native David O’Reilly creator of The External World and Please Say Something adds another string to his bow.