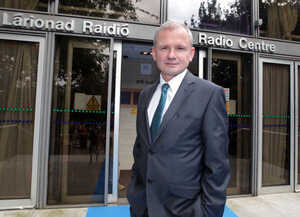 “There is a market out there for radio talent. Your point that we are overpaying is not true, I don’t agree with it,” he said in response to Fine Gael TD Patrick O’Donovan [during yesterday’s Oireachtas Committee on Tourism, Transport and Sport]. “If we were, we would have paid the money to keep Pat Kenny on Radio 1, but we didn’t.”
Mr Jennings said that contrary to popular perceptions, six of the top 10 paid radio broadcasters were in the commercial sector rather than RTÉ…

Name those six anyone?