1. Peanuts is getting a full CGI 3-D feature. Their first one ever. This trailer is all about Snoopy.

2. The official statement from Fox says “Did you hear? Snoopy leaked THE PEANUTS MOVIE trailer“. The trailer was not meant to appear until Thanksgiving, which coincidentally is the same day that the new Jurassic World trailer is dropping. Cowards.

3. This teaser is not giving much away but is a good indication of what the film will look and sound like. Seems good so far. Snoopy is not voiced by Adam Sandler nor is Charlie Brown wearing a Nike jacket and listening to an iPod.

4. Charles Schulz’ son Craig has written the script and is producing.

5. Paul Feig of the brilliant Bridesmaids (2012) is in charge of this one.

6. Next year will be the comic’s 65th anniversary. That’s Don Jonson vintage.

(Delboy remains a fugitive from the residents of the house of love. Dylan is Broadsheet writer, Tom ‘Farmer Tom’ Dillon) 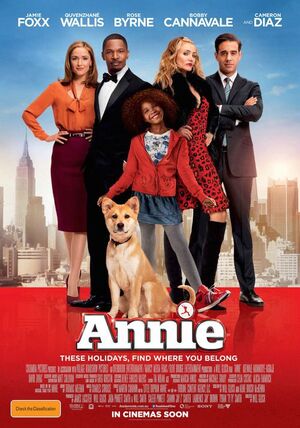