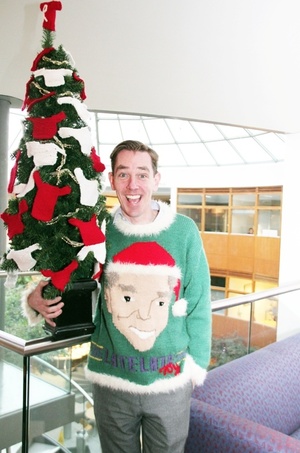 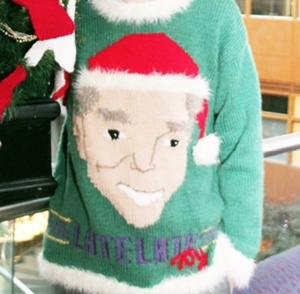 The annual ‘jumper on’.

A tradition as old as the recession itself.

Viewers responded magnificently to Ryan’s request for a home made Christmas Jumper for this year’s show. He is pictured wearing a hand knitted jumper sent in by a viewer Fionnuala Hayward from County Wicklow. Ryan is also holding a Toy Show Jumper tree featuring had knitted jumpers made by sixth class in Scoil Bhríde (Cailíní), Blanchardstown.

The Late Late Toy Show airs next Friday on RTÉ 1. 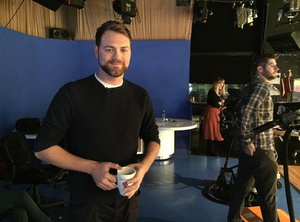 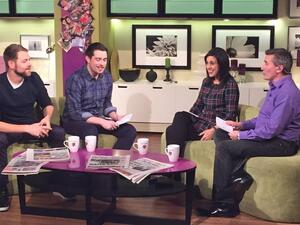 Brian McFadden was on the Late Lunch Live ahead of the live TV3 Christmas Toy Show in the RDs tonight at 8pm.

Brian will be co-presenting the show with Karen Koster and a little help from Jedward.

So Late They Named It Twice