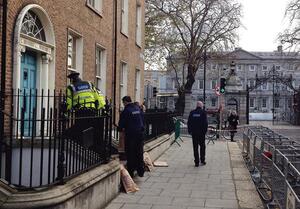 Homeless man found dead less that 50metres from the seat of power at Dáil Éireann this morning.

A Death On Suffolk Street

‘A Growing Sense Of Public Unease’