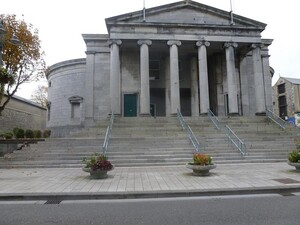 Viliam Simonic with an address at Pinewood Estate, Killarney was before Killarney District Court in connection with a number of breaches of bail conditions.
The 28 year-old father of four children and one fostered child had breached the conditions several times, the court heard.
Judge James O’Connor said that Mr Simonic was no saint and had been arrogant and aggressive.
He said too many people and non-nationals in particular were regularly flouting bail conditions and treating the bail system here like confetti.

28 thoughts on “Judgement Of The Day”