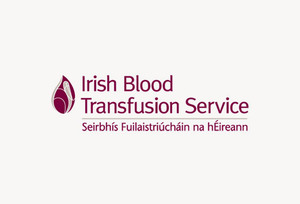 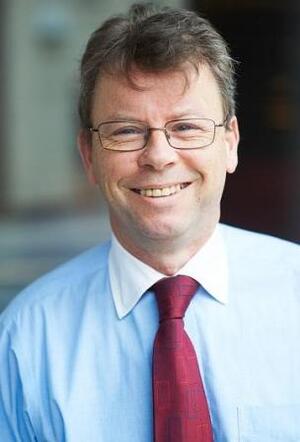 Brian O’Mahony, CEO of the Irish Haemophilia Society went on RTÉ R1’s Morning Ireland this morning to discuss with presenter Gavin Jennings his reasons for wanting the ban on blood donations from gay people in Ireland to continue.

Jennings : “You want the ban on gay men donating blood to remain, why?”

Jennings: “Yes but we’re talking about this particular…”

O’Mahony: “The risk is, there are two main categories of risk, one is the risk from known viruses such as HIV, Hepatitis B or Hepatitis C…”

Jennings: “Are they not screened for?”

O’Mahony: “They are screened for, but probably the bigger risk is new infectious agents which, if in they’re in donors, can spread to donors before the agents are actually recognized and before there is a screening test.”

Jennings: “But new infectious agents could come from anybody, so why gay men?”

Jennings: “What will be the increase to the risk if ban is lifted, or, more to the point, if the ban is lifted as suggested, with a twelve-month deferral?”

O’Mahony: “What we’re saying is that the Blood Transfusion Service has put forward a number of options to the Minister, a lifetime deferral, a five year deferral, an one year deferral and no deferral. We’re very happy to engage with the Minister and the Department to discuss this and we want the decision to be made based purely on the science.”

Jennings: “Yes, but on the science, what will the risk be increased by if the deferral is, if the ban is lifted or if it’s deferred by twelve months, do you know?”

O’Mahony: “Well, according to the report from the Blood Transfusion Service and the options they give to the Department, if the deferral is removed altogether then you’ll get a doubling of the risk of HIV if it’s five years, if it is one year it doesn’t give you adequate protection against unknown agents and if it’s five years they actually already, they actually state that, a deferral of five years in the past would not have protected people against HIV or Hepatitis C.”

Jennings: : “The UK. has lifted their ban with a twelve-month deferral, no change to risk, Australia the same, no change, Ireland imports blood from countries with more relaxed regimes so, without wishing to put it crudely, the blood of gay men is already in our system, yes?”

Jennings: “I’m looking at an Australian study here, no evidence of significantly increased of transmution-transmitted or transfusion-transmitted human immunodeficiency virus infection in Australia subsequent to implementing a twelve-month deferral for men who have had sex with men. The point is this blood is already in our system and…”

O’Mahony: “No if you look at the report from the IBTS in the Department of Health it points out that there have been an increase in the number of HIV-positive donations in Australia…”

Jennings: “We’ve no evidence that the implementation of the twelve-month deferral for men who have sex with men resulted in an increased recipient risk for HIV in Australia. People who aren’t gay men donate blood, who engage in the same sexual practices that you say are a risk worthy of a ban. People who aren’t gay men donate blood and may have shared needles with infected partners, you’re still depending on honest disclosure for donors irrespective of who they are and good screening from blood authorities, why single out gay men, or more to the point sex between two men…”

O’Mahony: “Look, I appreciate the views of Stephen [during an earlier report] and other persons on the programme and I understand that if we could get rid of this deferral there would be a societal benefit but the fact is that donors are deferred, categories of people are deferred because there’s an increased risk of transmution-transmitted infection. Now, I’m absolutely fine with any change once the scientific evidence shows that that doesn’t increase the risk to the blood supply. When we engage with the Minister and the Department on this, if they say if they can show scientifically that this does not increase the risk to the blood supply, we’re happy with that.”

Jennings: “But you don’t know that this, this proposed type of ban will increase the risk do you?”

O’Mahony: “Well, there’s strong evidence that it will…”

Jennings: “Do you have any evidence there is strong evidence that a twelve-month deferral will increase the risk?”

O’Mahony: “There is strong evidence that it may increase the risk, it comes fro the Irish Blood Transfusion Service paper to the Department of Health.

Jennings: “No, they said a lifetime ban may double a risk that’s already small, they don’t give any evidence for what effect a twelve-month deferral ban will have.”

O’Mahony: “They clearly state that a twelve-month deferral would not protect you against any new infectious agent in the blood supply and new infectious agents come along all the time, I’ll remind you that in the last number of years we’ve had Hepatitis E, variant CJD, H1N1, H5N1, SARS, Ebola and XMRV, some of these have been capable of being transmitted by blood, the fact is, it’s not so much HIV we’re worried about, it’s a new infectious agent…”

Jennings: “From all men, not just gay men having sex, yes?”

O’Mahony: “We’re very happy to see a change in deferral if it doesn’t increase a risk in the blood supply, that has to be the only consideration.”

This Could Be The Last Time

37 thoughts on “‘Why Single Out Sex Between Two Men?’”