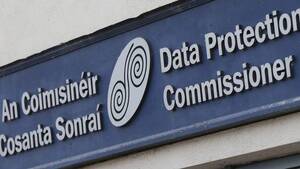 How safe is YOUR sensitive information.

I recently  discovered that Irish Life started sending letters to my old address (I have not lived there since September 2010). I believe this started around April 2014.

The letters included half yearly statements and other financial information of investments that I have with Irish Life. It is information that I don’t really want anyone to know about, especially not the tenants who are now living in my house.

Anyway, I asked Irish Life to make a formal investigation of why this happened (they were not aware of the issue until I notified them) and if it was necessary to inform the Data Protection Commissioner. They said that their compliance team would be looking into it.

After several weeks, I was told that it was a system error when they updated software. They did not tell me how many other clients were affected but they said that I was not the only one. They also said that they would notify the Data Protection Commissioner.

I had an update from the Data Protection Commissioner’s office to day and what REALLY surprised me is that they have no power to prosecute or penalise financial institutions over a breach of data protection (I am not referring to my personal issue but generally).

It shocked me a bit to think that there is currently no penalty for companies who have a serious breach of data protection (again I am not referring to my little incident but more generally).

22 thoughts on “Irish Life, Data Protection And Me”