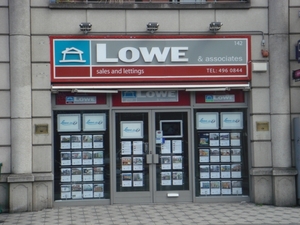 And Ciaran should know

His plight touched the hearts of thousands after receiving a 51% rent increase in one month.

Even some landlords expressed sympathy.

But what happened next may chill your very soul.

Felt obliged to follow up with you after my post last week in the property search, now I know this sounds like a blog but need to let the blind see what I see…

My girlfriend and I have been looking nonstop for an apartment/house since we received the news of our rent increase.

We have viewed about 8 properties in the last 2 weeks (please note these viewings are at 5-6pm and your average person is in work at these times) This is causing a lot of stress around work asking for all of this time off.

Every property we viewed and liked was snapped up on a first come first serve basis (accounting all your references checked out). Every place we looked at had a huge amount of people in an open viewing style arrangement. This really is a dog eat dog business and we learned that if you are not pushing on the landlord or tenant agents you will get nowhere.

Last night we viewed an apartment with at least another 100 people!

There was a queue down the street and there was a queue to give your reference to the agent, we got pushy and stayed back to get some one on one private time. (we needed to stand out)

He confirmed that once our references checked out this would be fine and to call him later that evening to pay the deposit.

I called him a few hours later and he confirmed everything was fine and to pay on their website – which we did, we PAID a deposit of €1300 for a 1 bed in Dublin2.

I organised through work to take the Friday off and hired a van also as we have gathered quite an amount of possessions since moving into our current place. We also informed the current landlord who had agreed the date and the final payment, return of deposit and general clean-up of affairs.

Please note also that the building is being refurbished so I am guessing he has booked builders to complete the work asap since we informed him of the news.

I received a call first thing his morning from the agency (Lowe property) who stated they received a higher offer and they were going to take it.

I cannot afford to pay €1500 for a 1 bed apartment nor could I justify paying that, the market has gone out of control and there is no regulation behind it.

I called the PSRA {propert service regulator) and they stated there is nothing they can do, they had stated that this letting agency and others have played this card more often recently.

Now this just gives me even less hope than before that even if you get past finding a place, get past the queues, get past the ref checks, get past the paying your deposit you are still not guaranteed that the place is yours.

Can any regulation be placed in this market at all? Does anyone care? Imagine getting excited about moving somewhere new……. Never again. Now I do not want to sound like a broken record but place yourself in my boots and feel this frustration.

Previously: The 51 Per Cent Rent Rise

149 thoughts on “‘The Rental Market Has Gone Out Of Control ‘”