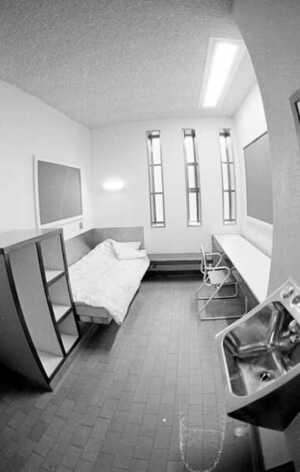 An open letter to Minister for Justice Frances Fitzgerald.

I am writing to ask for your response to the treatment of inmates who were sentenced to detention by the courts last week for breach of an injunction restricting their right to assembly, free association and protest under Irish constitutional and European law.

The prisoners have informed us that they have been in solitary confinement since their transfer to Wheatfield Prison, being allowed 1 hour in 24 outside the confines of their locked single prison cells.
Solitary confinement is internationally regarded as the physical isolation of individuals who are confined to their cells for 22 to 24 hours a day.

Meaningful contact or interaction with other people is generally reduced to a minimum, with prisoners in many jurisdictions only allowed out of their cells for one hour of solitary exercise each day.

In Ireland, protection prisoners are defined under Rule 63 of the Prison Rules 2007as those prisoners considered to be under threat or at risk from other prisoners “who are reasonably likely to cause significant harm to him”.

Prisoners may be put ‘on protection’ either as a result of a request from the prisoner or after consideration by the prison governor. The majority of prisoners who seek protection do so at committal stage.

The prison service attributes this practice to prisoners’ fear of repercussions related to issues that occurred outside prison (drug debts, gang rivalry and perceived cooperation with Gardaí) rather than the fear of random acts of violence

Isolation or solitary confinement reduces socially and psychologically meaningful contact to a level that is too low for many prisoners to remain mentally healthy. The adverse health effects associated with isolation range from insomnia and confusion to hallucinations and mental illness. These health risks can arise after only a few days and can increase with each additional day spent in isolation
I demand, Madam, on behalf of my friends that you ttop this unjust, illegal, immoral and unwarranted persecution of the jailed water protesters and issue an explanation for the treatment they have received and an apology to them and their distraught families.