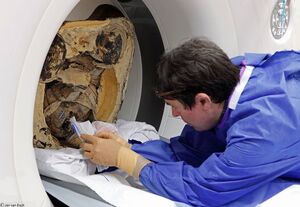 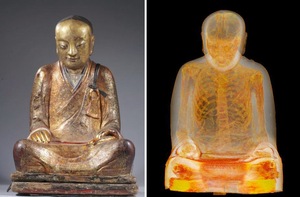 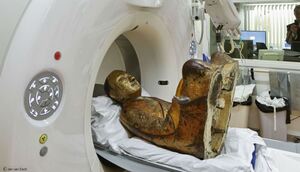 A recent CT scan of an 11th century Buddha reliquary by Drents Museum in the Netherlands revealed the mummified remains of a Buddhist monk interred within. Identified as Buddhist master Liuquan of the Chinese Meditation School, his organs had been removed prior to mummification and replaced with scrolls of paper covered in Chinese script.

According to Buddhist experts, Liuquan is not actually dead, but in an ‘advanced state of meditation’

The reliquary will be on show at the Hungarian Natural History Museum until the end of May, if you’re in the area.

5 thoughts on “The Buddha Mummy”