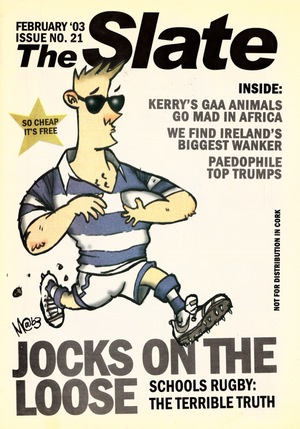 A towel-slapping breakdown of the whey protein-fuelled ritual that is the Leinster Schools Cup by The Slate from 2003.

‘Tis the season in fairness.

It’s Not The Same Honey When You’re Not Around

He Lives With His Widowed Mother

43 thoughts on “‘A Well-Known Prat Factory’”