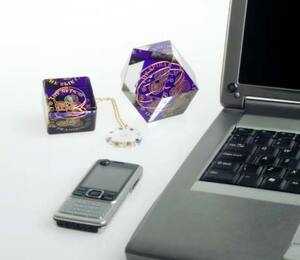 The Spiral of Tranquility by Less Stress.

A ‘geopathic stress‘ beater (they claimed in ads).

The Advertising Standards Authority of Ireland has ruled:

The advertisers  describe how researchers had come up with the Spiral of Tranquillity range of products using natural gemstones, which had been scientifically selected for their frequencies, chemical composition and magnetic properties to rebalance all disruptions found in the modern home and workplace caused by geopathic stress. These products were shown on their website.
The Complaints Committee considered the detail of the complaint and the advertisers’ response. They noted that the advertiser had not provided relevant substantiation for the claims made in his advertising. They also noted that there was no proof of a cause and effect relationship between the advertising claims and the evidence submitted….

3 thoughts on “The Trouble With The Spiral Of Tranquility”