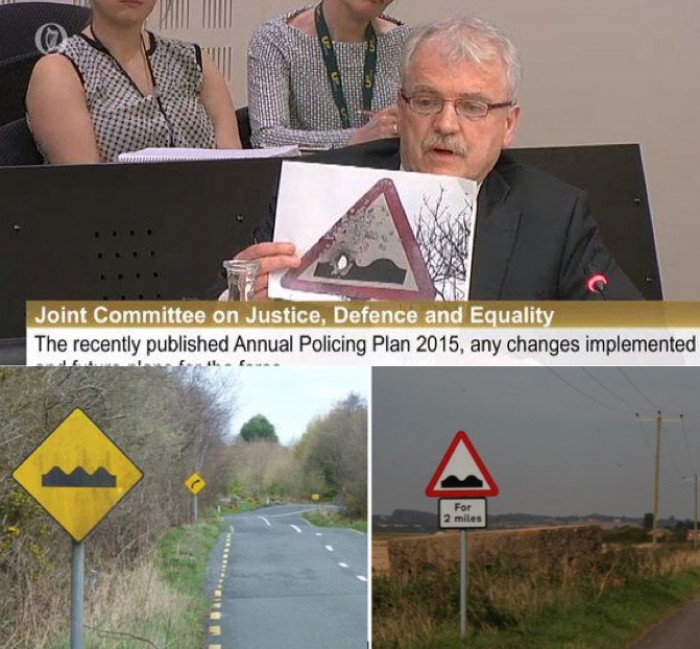 Joint Oireachtas Committee on Justice is speaking with the new Garda Commissioner about the Policing Plan 2015. TD Finian McGrath interrupts to hold up a photo of a road sign that’s been shot at close range with a shotgun, says it’s been shot with a legally held firearm and the photo was sent to him by a constituent in Fingal and does the Commissioner think this is a serious problem? Problem is, it’s a UK road sign. The Irish road sign is a different shape, colour and design. And neither the TD, nor the Garda Commissioner, nor anyone else in the Committee notices.