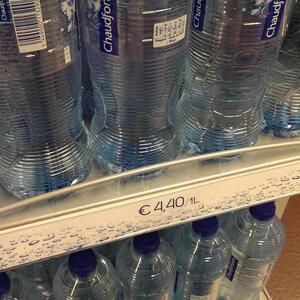 Although in Brussels Airport I came across the most expensive water I’ve seen outside of Temple Bar. 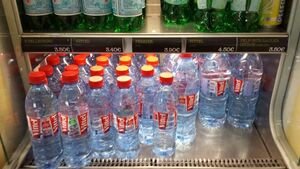 The Price Of A Slice