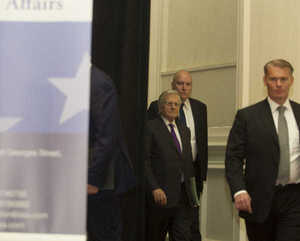 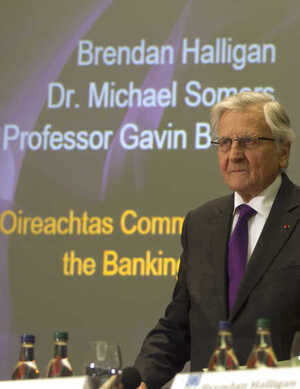 Jean Claude Trichet, President of the European Central Bank (2003-2011 *cough*) at an event entitled ‘Governance of the Eurozone Past, Present and Future’ hosted by the Institute of International and European Affairs (IIEA ).

In a ludicrous (in fairness) power play Members of the Joint Oireachtas Committee on the Banking Inquiry were forced to attend if they wished to question His Trichetness.

Jean-Claude Trichet has denied it [ECB] blocked the burning of senior bondholders by Ireland saying they issued advice on full repayment, not an instruction…he described the bank guarantee as a “thunderbolt”. He also said he did not tell then Minister for Finance Brian Lenihan – or the Irish government – to save Irish banks at all costs. 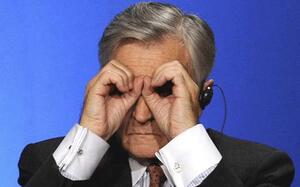