David Cameron is back at Downing Street #GE2015 http://t.co/jS1w5QYeaI pic.twitter.com/aSwJbYOWuK

The jubilation among bankers and some companies will be tempered by worries about Cameron’s promise to hold a referendum on the EU in 2017, with some companies fearing it will damage trade with Europe and hinder foreign investment in Britain.

“The EU referendum is the event that creates a massive degree of uncertainty,” said Charles Allen, a senior analyst for Bloomberg Intelligence.

The success of the Scottish National Party, which made huge gains against Labour, will make companies in Scotland think again about whether they need to shift their headquarters to England, Allen said.

Retail companies are also expected to be winners from a Cameron victory, after Miliband promised to increase the minimum wage and scrap so-called “zero-hour” work contracts.

Earlier: While You Were Sleeping

The Leveson Inquiry In Three Minutes 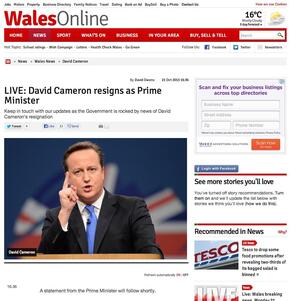 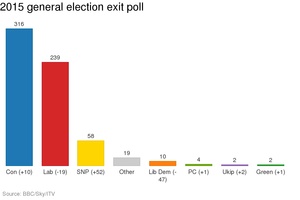