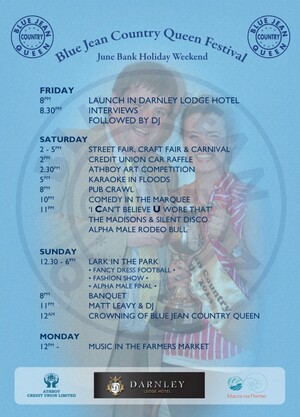 I don’t know if you’ve heard of the Blue jean Country Queen Festival but it’s on in Athboy, Co.Meath every year on the June bank holiday. It’s the closest thing to the “Lovely Girl’s Contest” in Father Ted that you are likely to find in real life. Above is  a short video of what our Taoiseach Enda Kenny had to say about it!