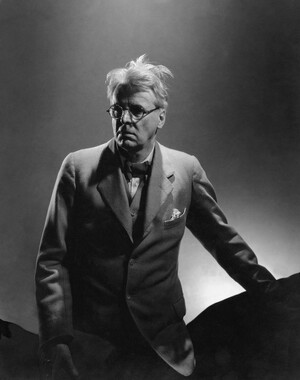 Just finished reading a recent book about Willie Yeats which casts him in a very different (or perhaps not so different?) light from the heartbroken lover/borderline stalker of Maud Gonne.

“Who Killed Honor Bright? How William B Yeats and George Yeats Caused the Fall of the Irish Free State”  explores the unsolved murder of a woman called Lily O’Neill, shot dead near Lamb Doyle’s pub in Dublin in 1925.

Following her death Lily was identified as a prostitute who, under the alias ‘Honor Bright’, worked the Stephen’s Green beat outside the Shelbourne [Hotel]. Garda Superintendent (Leo Dillon and Doctor Pat Purcell were subsequently tried for her murder – but acquitted under mysterious circumstances.

Lily left a young son, Kevin O’Neill. Kevin’s daughter Patricia Hughes (the author of the book), says that her father was the son of WB Yeats, whom her grandmother had met while working as the 1920s equivalent of a lap dancer in an unidentified gentleman’s club in Dublin.

Patricia suggests that Lily was murdered by Superintendent Dillon – but as part of a cover-up by the Irish Free State, who, at the behest of the Yeats family, were trying to stop her association with Yeats becoming public. The subsequent public identification of Lily as a prostitute was apparently an attempt to blacken her in the eyes of the public.

WB disappeared from public life for a number of months after the murder. Records of the police investigation – and the subsequent trial – are still not available although it is now more than 90 years since the murder….

And Dream Of The Soft Look Your Eyes Had Once