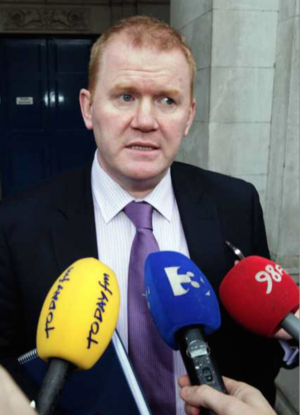 Minister of State at the Department of the Environment, Paidí Coffey

Further to the amendments story  yesterday in relation to the Environment (Miscellaneous Provisions) Bill 2014, the junior environment minister Paidí Coffey spoke to Gavin Jennings on RTÉ’s Morning Ireland this morning.

Mr Jennings repeatedly asked the junior minister if a tenant, who didn’t pay their Irish Water bill, would be evicted…Coffey said that will be up to the landlord.

He also asked him about the Eurostat test… Coffey said it hasn’t been carried out yet.

And he asked him if he knew how many people have paid their Irish Water bills yet…Coffey said he doesn’t know the figure.

This is what was said.

Gavin Jennings: “If you don’t pay your water bill, the penalties – and more – are among six amendments to a bill on air pollution and waste collection to be put to the Dáil next week. Homeowners won’t be able to sell their home unless water bills are paid. Tenants will have an obligation to pay, included in their tenancy agreements and landlords will be required to give Irish Water details of their tenants and there’ll be another database from getting the water grant next year. Paidí Coffey is minister of state at the department of the environment. Paidí Coffey, good morning.”

Jennings: “Richard Boyd Barrett was here earlier. He says you’re ramming this measure through the Dáil. Fianna Fáil says you’re trying to get these changes in under the radar. Are you?”

Coffey: “Couldn’t be further from the truth, Gavin. There are no surprises here, despite what the opposition are saying. The substance of these amendments were flagged by Minister [for the Environment Alan] Kelly as far back as November and again indeed in May. And indeed I accompanied Minister Kelly in oral questions on a number of occasions in the Dáil, on the floor of the Dáil when people, like the opposition, were questioning him on the obligations of landlords in relation to water charges. And he stated, quite clearly, that he would deal with this in legislation by the end of the current term. So there’s no surprises here, what we’re bringing is clarity and certainty for landlords and tenants and I think, to be fair to be people who are compliant, we need to have a system where there is some sanction or enforcement, to ensure that those that are not compliant and are refusing to pay, that they do pay and that’s what this Miscellaneous Bill is about. It’s often used  in legislation to tidy up pieces of legislation. There’s over 15 pages of waste-related amendments in this and the Opposition are not mentioning that at all.”

Jennings: “If an tenant doesn’t pay their bill will they be evicted?”

Coffey: “No again, this is scaremongering, I believe, on behalf of the Opposition. Irish Water are going to every length to tell people that they will work with people that are under pressure financially. They will, like other utilities in place, payment plans to assist them and something that I would remind people about is the importance of registering with Irish Water by next Tuesday, the 30th of June. Because, if they’re not registered by then, they won’t qualify for the €100 grant.”

Jennings: “We’ll talk about the grant in a minute but if tenancy agreements are going to include an obligation to pay a water bill, does that give the landlord the power to evict a tenant if they don’t pay their water bill?”

Coffey: “Often is the case anyway, Gavin, where tenancy contracts are drawn up that, you know, landlords are insured that tenants are compliant with utilities..”

Jennings: “But the difference is: in other utilities, you can be cut off if you don’t pay. Water is different. Can I ask you again: if a tenant doesn’t pay their water bill, will they be evicted?”

Coffey: “Gavin, the Government has gone to great lengths to, you know, reassure people and we don’t want to see water cut off so we’ve legislated to ensure that doesn’t happen. That’s what the Opposition were stating initially, that we’d cut people’s water off. We don’t also want to see people ending up in court with fines and all the rest of it. So we are after drafting new legislation which will be introduced as well…”

Jennings: “So if a tenant doesn’t pay their water bill, will they be evicted?”

Coffey: “That’s a matter for the landlord and the tenant, as is the case in any contract.”

Jennings: “It’s a matter for the landlord, OK.”

Coffey: “So we’re bringing certainty for landlords here, we’re ensuring that they do ensure that tenants are registered with Irish Water…”

Jennings: “And if they’re in, if a tenant doesn’t pay the bill, will the landlord have to instead?”

Coffey: “There will be a case where any outstanding bills are not discharged, well then the owner of that property would have to discharge it before it would be sold on or in any conveyancing transaction and I think that’s the case already with property tax. And, you know, I just want to say Gavin, the Opposition, and especially Richard Boyd Barrett and other TDs have advised the public, in the past, not to be compliant in relation to property tax and I believe it was bad advice then and this is bad advice now because, you know, we want to see people, you know, compliant with the law and we don’t want to see people ending up in trouble and that’s where we’re making measures that we feel are fair and bring a certainty to the whole area.”

Jennings: “People are facing paying their second water bill soon, how are they going to get the grant to reduce their bill?”

Coffey: “Well, first of all, the most important point is by next Tuesday, the 30th of June, they must register with Irish Water to ensure that they are eligible for the grant. The Department of Social Protection are going to administer the grant on behalf of the State and they will over the coming months, be writing to people that have registered to ensure that they will qualify and indeed be paid this €100 grant…”

Jennings: “And when will they get the money?”

Coffey: “They’ll get it by the end of this year. You know there is a substantial amount of work in the administration and establishment of the administration of the grant so that’s underway in the Department of Social Protection and, you know, this legislation also allows for information to be shared by Irish Water and landlords so that the Department of Social Protection can pay this grant out to people. So Government are working to assist people with this and lessen the burden…”

Jennings: “..by the end of the year, that’s as much as you know at this stage, yes?”

Jennings: “Ok, if you don’t register by next Tuesday will you be given another opportunity to register in order to get the grant?”

Coffey: “No there won’t be further opportunities. This is the opportunity and I think, you know, in fairness, you know, I’m speaking about it hear this morning, Irish Water have advertised to people and I would encourage people to register and take advantage of the grant. It’s there to assist people to bring in measures, conservation measures in their own homes and some quite simple interventions will help people, lessen their bill and I think the vast majority of people will be compliant. Those, as you say, who are under struggling, under financial pressure, Irish Water have assured us that they will work with those people in payment plans to assist them…”

Jennings: “Have the EU approved this model yet?”

Coffey: “The EU have, as you know Gavin, it has to go for an independent Eurostat test and that’s imminent I would suggest. They’re independent, they’re not directly related to the Department of the Environment or…”

Jennings: “But they haven’t done so yet no?”

Coffey: “They haven’t done so yet but I would expect that to happen over the coming period.”

Coffey: “I’d say in the next few weeks or possibly months at the latest. It’s an independent organisation that will analyse the whole structure and model of Irish Water and we’re quite confident that we will pass that test when it does happen.”

Jennings: “Last question for you before we let you go: do you know how many people have paid so far?”

Coffey: “Well, we do know how many people have registered…”

Jennings: “That’s not what I asked you: do you know how many people have paid so far.”

Coffey: “Yeah and that’s a matter for Irish Water to respond to and my understanding on that is Gavin that when Irish Water have their figures, when they present them to their board, I understand that the board meeting is due to happen next week and it is very likely, and I would encourage them to publish the payment figures then.”

Jennings: “If you’re not going to tell me, do you know how many people have paid..”

Coffey: “I personally don’t know now, at this minute because the report hasn’t been made to the board of Irish Water which is the responsible body that would get the report..”

Coffey: “That information will be shared out, I expect, in the next couple of weeks as well.”

Coffey: “But sure I will know in the next couple of weeks and we can have a full debate about it at that stage.”

Previously: About That Irish Water ‘Database’

‘We Don’t Know What We’re Supposed To Be Amending’ 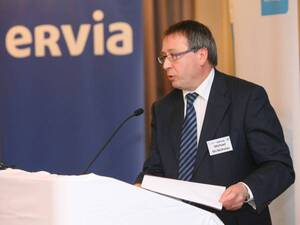 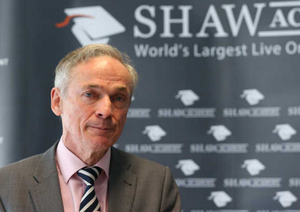 37 thoughts on “‘That’s A Matter For The Landlord’”