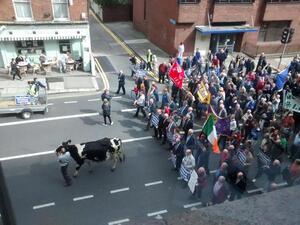 “Farmers from all sectors have gathered outside the EU Commissions office on Dublin’s Mount Street, accompanied by a cow, some pigs and trailer of grain.”

“They say their businesses are facing possible collapse in the face of higher production costs, price volatility and the continuing Russian import ban.” 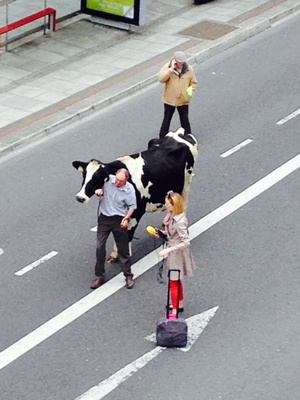 Daisy was a bit shy when they tried to interview her 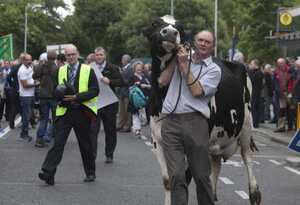 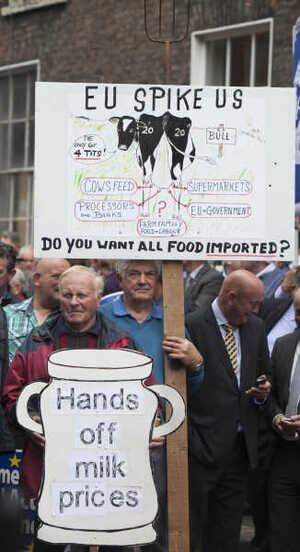 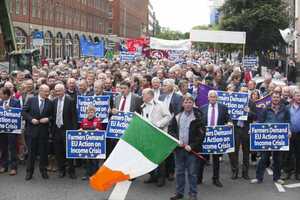 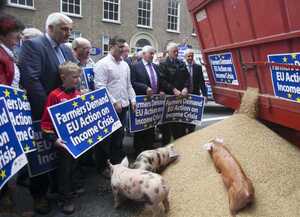 24 thoughts on “Lions Led By Daisy”