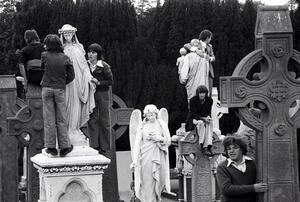 Tomorrow marks the 40th anniversary of the state funeral of Eamon De Valera.

And quickly forgot his contribution.

Dev’s death in 1975 was a major national event. At the age of 92, it seemed that the Long Fellow had been around for forever, and his passing finally saw Ireland move on from the grip of the ‘old men in the black coats’ who had presided over the struggling State for so long…Dev got a major send off, with the Fine Gael-led coalition government determined to show flair and fairness in burying the old enemy.

De Valera’s name still provokes strong reaction. I was recently going along the red-brick Munster Street in Phibsboro, when I passed the house where de Valera lived briefly after the 1916 Rising. I asked an elderly man nearby how come they didn’t have a plaque up. The man’s reply was unprintable. But basically, it was along the lines of ‘why we should we honour such a scandalous, destructive chancer who dragged us into Civil War and ruined the country‘.

This is a common view. It was once said of de Valera, that there was ‘no road named after him in Dublin, because they couldn’t find a road that was long enough nor narrow enough to name after the b**tard’ (though this is probably an old Blueshirt joke).

By contrast, Dev’s nemesis, Michael Collins, has grown in heroic stature. There is a road named after him, and a bronze bust of him in Merrion Square and a stone one off Parnell Square, in the Dublin City gallery. The Corkman’s grave in Glasnevin is constantly bedecked with flowers, while Dev’s is somewhat barren.

the Long Fellow deserves a better hearing and in time he surely will get it, as people wake up to the realities of how things were during his long life and how history should be judged in context. Otherwise, we are treating our historical figures as mere movie characters, and ignoring the way in which we ourselves have shaped our story and our leaders.

Pic via Photos of Dublin 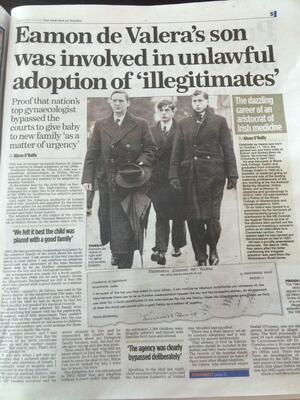 The Ireland That We Dreamed Of 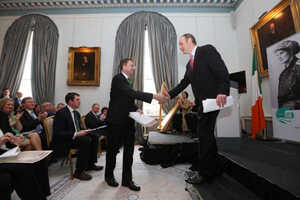