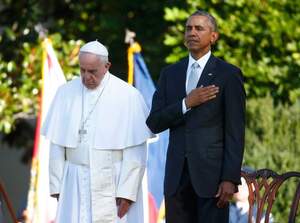 Pope Francis and Presient Obama at the White House this morning

“Mr President, together with their fellow citizens, American Catholics are committed to building a society which is truly tolerant and inclusive, to safeguarding the rights of individuals and communities, and to rejecting every form of unjust discrimination.

With countless other people of good will, they are likewise concerned that efforts to build a just and wisely ordered society respect their deepest concerns and their right to religious liberty.

That freedom remains one of America’s most precious possessions. And, as my brothers, the United States Bishops, have reminded us, all are called to be vigilant, precisely as good citizens, to preserve and defend that freedom from everything that would threaten or compromise it.”

Read The Speech The Pope Gave At The White House (TIme)

No One Can Whisk Away Those Little Terriers That We Like 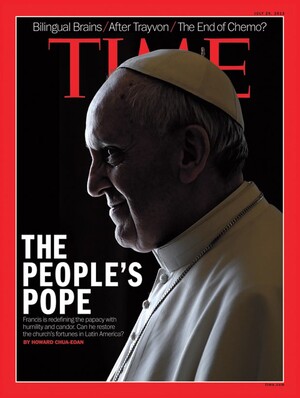