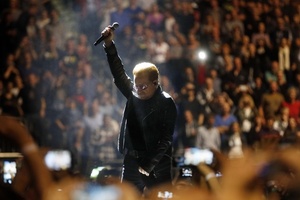 “Boko Haram, in northern Nigeria, is well known now in the rest of the world, by virtue of its being horrific and violent, but it’s hardly the only group of extremists that’s active in the Sahel; Al Shabaab, The Lord’s Resistance Army, and Al Qaeda in the Maghreb are as well.

CIA analysts – who are not, as a rule, dewy-eyed development types – have looked at northern Nigeria and said that the best way to stop the militants in the long run is to end extreme poverty in the area and create a better, more inclusive education system, one that Muslims feel they have some stake in. When the CIA and anti-poverty activists agree, things must be very right or very wrong!”