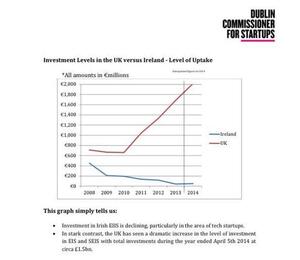 Powerful stuff from [Dublin Commissioner for Startups] Niamh Bushnell on the reality of Irish angel investment vs the UK.

12 thoughts on “Where Have The Angels Gone?”