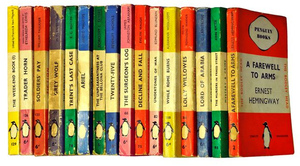 Every gang should have one.

Growing up my ‘gang’ used to refer to ourselves as ‘The Heroes Club’. It was meant in a mock, ironic kind of way. Heroes was how we referred to many of our contemporaries, those whose life trajectories seem composed of drinking seventeen pints on a Friday, followed by a fluid regurgitation of same in the most public of places.

Now we drank. We watched and talked sports. Some of us even played, although the spindly and asthmatic amongst us never fared well. What we never could understand was why the moronic was so celebrated, while the ability to think was supposed to be kept hidden.

Much like the misheard Sermon on the Mount in Monty Python’s Life of Brian, as far as we were concerned not only were the cheesemakers blessed, but we also believed that the weak would inherit the Earth.

If the Heroes Club had a philosopher king it was TW. I’ve been thinking about him a lot recently. It has been twenty years since he has been in our lives, yet his presence continues to loom large for many of us.

I envied him. He was a good looking guy, there was that. He had a great record collection, there was that too. What I most envied was how in his tiny bedroom he had utilised every inch of wall space with shelving, upon which rested hundreds of penguin books. The publisher, not the non flying bird.

And he was genuinely working class. Most of us came from families that acted through our middle class sensibilities, even if incomes rarely justified such conceit. TW had little time for that. What he left me, never knowing the degree of disdain he was expressing, was his constant willingness to prick my own pomposity.

Yet I suspect that if he were around today he may have slipped to my level of cantankerousness.

Today we still celebrate the moronic. We also admire the superficial and adore the stereotypical. He would probably raise his eyebrows and sigh. In doing so he would say more than I ever could with any amount of tortured prose.

I know TW means nothing to most visiting here. Those of us who knew him were lucky to have known him. Every friendship group should have a TW, the more mature one; the one who instinctively knows the difference between enjoying the craic and the need to cop on.

To me he defined the New Nerd. Living life more outside than inside his room. Never in on himself, always prepared to challenge the mediocre, the mundane or the bland.

I miss him. What I miss more is that no one of his ilk is in any of our lives now. I suspect he would have little time for social media. He would mercilessly have teased those of us who live for it and through it. Embarrassing us for being sucked into that world of instant response, forgetting the need for consideration and patience.

He was that deep breath, that gaze into distance, that pause for thought, so many of us now lack in this over hectic world we have created for ourselves.

The ‘gang’ is now spread far and wide. We get to see each other far too infrequently. When we do meet we try to make space for our philosopher king.

27 thoughts on “The Heroes Club”