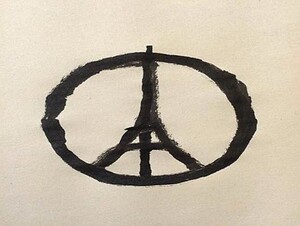 Alan Bennett (no, not that one) writes:

When I first heard the news I flicked from the Bosnia vs. Ireland match to a 24 hour news channel, and watched the events unfold for the next three or four hours. Then I put it back on again first thing in the morning, and I read my favourite newspaper apps.

Other people showed solidarity with France by putting a French flag on their Facebook profile picture. They wrote statuses, they tweeted, constantly watched the news, and maybe they even actively did something. It doesn’t matter. It’s up to each individual person how they express their outrage.

Then there were the other people who took this opportunity to jump up on their high horse and look down on everyone else. They said things like, “Why was no one upset when 147 people were killed in Kenya?” and, “An ISIS suicide bomber also killed a lot of people in Baghdad, but you don’t care.”

READ ON : Don’t Tell People How They Should or Shouldn’t Feel About the Paris Attacks (Alan Bennett, Headstuff)

“A natural consequence of globalisation..”

43 thoughts on “How You Shouldn’t Feel About Paris”