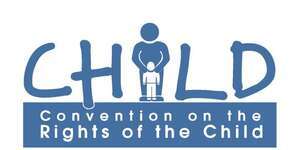 This morning the UN will scrutinize Ireland’s record on children’s rights.

The hearing from Palais des Nations, Geneva, Switzerland will be broadcast live online here from 9am.

Today the UN Committee on the Rights of the Child will review Ireland’s record on children’s rights. As they will sadly find, the state is dismally failing its children.

According to figures seen by the Irish Times in a report yet to be published, 1,638 children across Ireland were known to be homeless over Christmas 2015; a year in which the number of homeless families increased by 93%.

However, the actual number of families without a home is far greater than officially recorded, as this figure only reflects families who are not split up among relatives or couch-surfing with their children.

For those children who are not in a state of homelessness, 2015 saw 12% of children in Ireland living in consistent poverty, or 130,000; roughly similar to the entire population of county Mayo.
The poverty rate for children is higher than it is for adults, and in 2011, children were found to be 1.6 times more likely to be in consistent poverty than adults.  This is partly due to the number of cuts made to child benefit allowances between 2010 and 2014, and to the cuts made to social assistance payments and unemployment benefits which also affected the finances of dependant families.

One of the ways consistent poverty is measured is by lack of access to necessities such as two decent pairs of shoes and adequate nutrition, and such cuts directly contribute to an increase in child poverty.

Children in marginal communities fare even worse; there has been an 85% cut in spending on accommodation for travellers since 2008, and an 86% cut in traveller-specific education supports.

These cuts directly impact traveller children, who have an infant mortality rate 3.6 times higher than that of the general population.

According to the 2011 Census, 33% of traveller families had no sewage facilities that year, and 20% had no piped water source.

In a report on his visit to Ireland in 2008, Thomas Hammarberg, Council of Europe Commissioner for Human Rights, noted that ‘Travellers have been subjected to discrimination and racism in the fields of education, employment, housing, healthcare, media reporting and participation in decision making.’

The average length of time a person stays in direct provision is four years, but many families have been there for seven years or more.

Parents in Direct Provision are not provided with extra food when weaning a baby, or with any specialist foods for a child with particular medical or dietary needs. The weekly allowance is €15 per child and this often is not enough to cover school or medical supplies, or indeed any other special requirements a child may have.

Furthermore, the setup of Direct Provision makes it difficult for a child to integrate fully with children outside the system, as they are not allowed to have friends over to play and they don’t have the resources to partake in other activities such as school trips & birthday parties.

These and other failures to children in Ireland are the direct result of policies that amount to the decision to neglect, for which they are the least culpable.

The most disadvantaged children in our society are bearing the brunt of austerity policies that contravene the country’s commitment to the UN principle that “for the full and harmonious development of his or her personality… a child… should grow up in a family environment, in an atmosphere of happiness, love and understanding.”

These policies will affect these children long into their adult lives.

Michelle Russell is an activist and researcher with Dublin Central Housing Action and the Irish Housing Network. 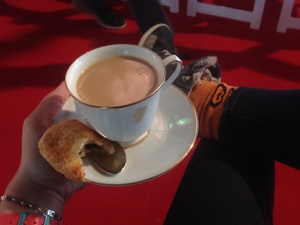 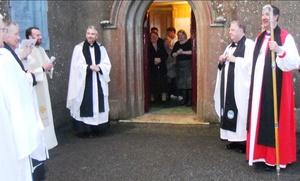 ‘Frowning Looks and Lots Of Finger-Wagging’

6 thoughts on “Are The Kids Alright?”