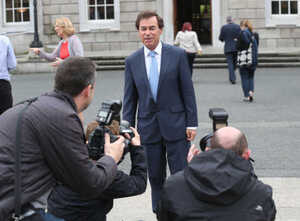 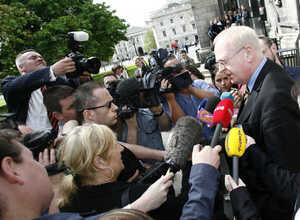 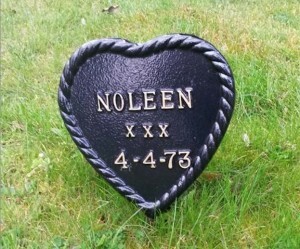 Some 320 complaints of alleged Garda misconduct were investigated by an Independent Review Panel, set up by Justice Minister Frances Fitzgerald.

It’s understood that the panel has found that no further investigation should be carried out into 90% of these complaints.

The Justice4all Committee has now sent 13 sample cases to the United Nations Human Rights Commission to summon the next Justice Minister to “answer for the State’s failings”.

They include the case of Cynthia Owen.

In 2007, an inquest jury found Cynthia Owen, formerly Cindy Murphy of White’s Villas, Dalkey, to be the mother of an newborn girl, Noeleen Murphy, stabbed with a knitting needle over 40 times times in 1973 before being left in a lane way in Dun Laoghaire.

Cynthia was aged 11 at the time of Noeleen’s birth and death. She told the inquest that her daughter, conceived following rape by a number of men, had been murdered by Cynthia’s mother Josie Murphy shortly after birth.

At the inquest, evidence was given that a significant part of Dun Laoghaire Garda Station’s file on the case was missing, and that a statement by at least one member of the gardai had been forged.

Noleen was buried in the Holy Angels Plot, Glasnevin, in an identifiable grave (above) with a number of other babies.

In 2006 then Minister for Justice Minister Michael McDowell refused the request of the Dublin City Coroner Keiran Geraghty that Noleen’s body be exhumed for DNA testing, saying he could not approve a course of conduct which “would cause such extensive distress and face such an uncertain outcome.”

Objections to the exhumation had been received from the trust which runs Glasnevin Cemetery. However there is no report of any objection having been received by Minister McDowell from the parent of any other baby in the Holy Angels Plot.

In the run up to the 2007 election, Alan Shatter, then a Dáil candidate in Dublin South, criticised the refusal to exhume, stating that DNA technology was so sophisticated that it might be appropriate.

Mr Shatter, a solicitor, had previously acted for Cynthia Owen. He was re-elected and appointed Minister for Justice in March 2011.

However no exhumation of Noleen’s body took place.

In 2014, Richard Boyd Barrett challenged Minister Shatter in the Dail on lack of action in relation to the death of Noeleen Murphy.

In his response, Minister Shatter described the case as “troubling and tragic but… there is not sufficient evidence to warrant the taking of a prosecution in the matter…should something now emerge as a result of the further inquiries that are being conducted, I will treat it with great care and seriousness.”

Minister Shatter resigned as Minister for Justice later that year.

With the legal age of consent in 1972 being well over 11, Noleen’s conception must necessarily have been as a result of a statutory rape.

The identity of the perpetrator can be proved by exhumation of her body, which would provide sufficient evidence for taking a prosecution.

A number of Cynthia Owen’s alleged rapists – alleged to include at least two former gardai – are still alive. It is claimed that this contributed to the botching of the investigation conducted by Dun Laoghaire Garda Station into Noleen’s death.

As of today, it has been reported that Cynthia’s case is to be referred to the UN Human Rights Committee. Minister Shatter will be running for Fine Gael in Dublin-Rathdown in the forthcoming election.

Perhaps Broadsheet readers who come across him during his election campaign would like to ask him, in light of his 2007 comments, what steps he intends to take, if re-elected, to progress the exhumation of Noleen Murphy?

53 thoughts on “Why Didn’t They Exhume?”