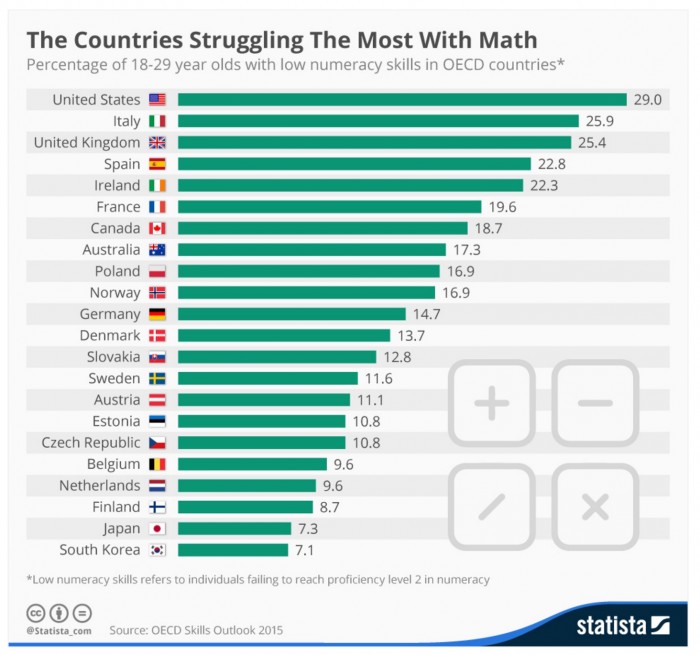 That’s more than a third of us.

You do the math. Ireland tanks at numeracy – but not as bad as US and UK.

The Countries Struggling The Most With Math (Statista)

You At The Back! Pay Attention