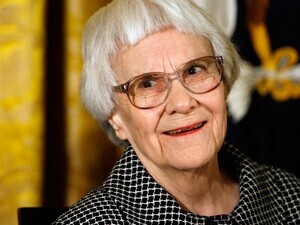 Harper Lee, whose 1961 novel To Kill a Mockingbird became a national institution and the defining text on the racial troubles of the American deep south, has died at the age of 89.

Lee, or Nelle as she was known to those close to her, had lived for several years in a nursing home less than a mile from the house in which she had grown up in Monroeville, Alabama – the setting for the fictional Maycomb of her famous book. The town’s mayor, Mike Kennedy, confirmed the author’s death.

Harper Lee, author of To Kill a Mockingbird, dies aged 89 (The Guardian)