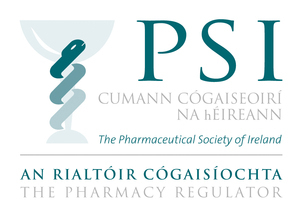 Until 1979, the Pharmaceutical Society of Ireland offered a Pharmaceutical Assistant’s qualification which, in its most recent incarnation, consisted of 3 years’ apprenticeship and 1 year’s full-time study in an academic institution culminating in an examination.

Upon conferral, a Pharmaceutical Assistant (PA) was “competent to transact the business of a pharmacist in his/her temporary absence … In general terms therefore, and in circumstances where the registered pharmacist is temporarily absent from the pharmacy a registered PA may act on his/her behalf and carry out the functions of the pharmacist.”

Their qualification also stipulates that PAs cannot own a pharmacy, except under particular conditions which include employing a registered supervising pharmacist.

The PSI have recently (February 8, 2016) opened a draft publication to public consultation which seeks to redefine the qualification conferred upon PAs.

At present there are less than 400 registered PAs. The last examinations for this qualification were sat in 1985, meaning that the youngest PAs are in their mid-fifties. In other words, these – mainly – women will all be retired in approximately 10 years, making this particular qualification obsolete at that time.

However, the PSI are attempting to force them out of the workforce now by changing the conditions under which PAs can work: In particular in Rules 7 & 8 of the draft publication. Rule 7 defines the heretofore (since 1890) undefined “temporary absence” as no more than 12 hours per week.

This means that a PA will only be allowed to work for 12 hours in any week; this will most certainly lead to PAs losing hours, if not their jobs: A pharmacist will no longer be able to take 2 full days off in a week if his employee is a PA, therefore it will make more sense to hire a registered pharmacist in place of the PA.

Furthermore, if there is any sort of emergency, or the employing pharmacist plans a holiday, the PA – who up until this draft publication has been considered fully competent to cover during these periods, and has been for decades – will be unable to cover, meaning an unknown – to the customers – and usually inexperienced locum will be required.

Again, the inconvenience of this will lead to a number of PAs losing their jobs, or at the very least, losing the chance to work some extra hours.

Furthermore, Rule 7 requires that a PA work alongside a supervising pharmacist for 12 hours in the preceding month. The PAs have – at the very least – 30 years practical experience in retail pharmacy.

They have, generally, worked alone in the temporary absence of their employer; they do not need to be supervised in this way. This belittles both their qualification and their experience.

Again, very few pharmacists will be able to justify paying a PA for these supervised 12 hours per month, when a registered pharmacist is not required to work them.

This draft publication is open to the public until Monday, March 7. Comments are welcome via email at consultation@psi.ie with the subject “Temporary Absence Consultation” or via post to Pharmaceutical Society of Ireland, PSI House, Fenian Street, Dublin 2.

13 thoughts on “Meanwhile, At A Chemist Near You”