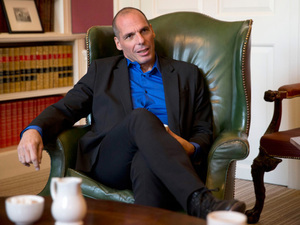 Mr Varoufakis quit the Greek government in July last year after refusing to accept the terms of a third bailout, which imposed further austerity measures on the debt-stricken country.

“Varoufakis is interesting because he has obviously been through all the negotiations (with the ECB, European Commission and International Monetary Fund),” he told his local newspaper the Islington Tribune.

“I think the way Greece has been treated is terrible and we should reach out to them.”

37 thoughts on “Meanwhile, In London”