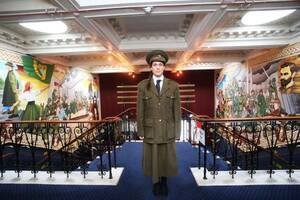 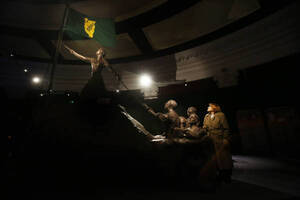 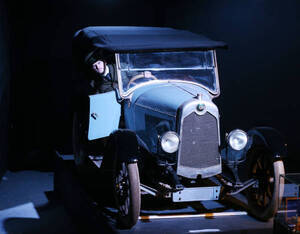 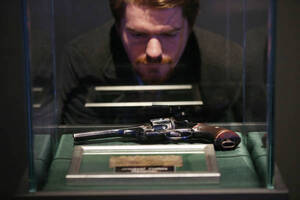 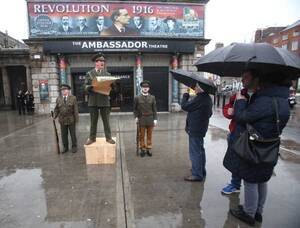 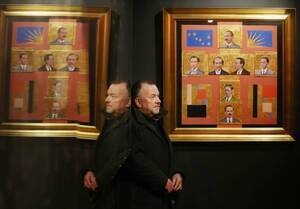 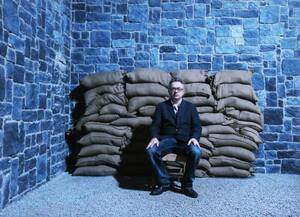 The opening of new Sinn Féin-backed exhibition ‘Revolution 1916’ featuring the largest private collection of Easter Rising memorabilia with over 500 items on display.

From top: Usher Rachel O’Brien in the theatre’s 1916-mural-bedecked foyer; Molly O’Reilly, granddaughter of Countess Markievicz, with a statue of her famous relative;; a revolver used by Michael Collins;  A car used in the movie Michael Collins (1996); Artist Brian P Mulvany beside his 1916 drawing a year in the making;  Ed Cosgrave as Padraig Pearse reads the 1916 Proclamation; Exhibition organiser Bartie D’Arcy  in a replica of the stonebreaker’s yard from Kilmainham Jail.

Last Days Of The Coliseum

20 thoughts on “You’re Spoiling Us, Ambassador”