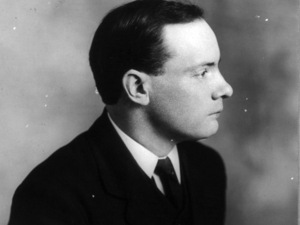 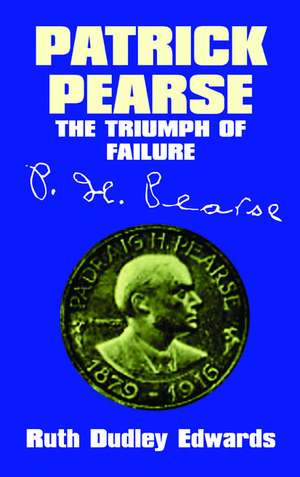 From top: Patrick Pearse; The Triumph of Failure

Keelin Shanley: “It’s also been mentioned around Pearse, I mean he was a schoolteacher, he ran a school for young boys, but there had been questions written around the poetry he has written about young boys. Was he in love with his students? And was that also an issue that drove Pearse into revolution if you like…to suppress himself?”

Ruth Dudley Edwards: “I think he was enormously repressed. I have not yet got to understand that family [The Pearse family].  I don’t understand why there were four of them and none of them seems to have had a normal relationship of any kind sexually. Willie was in love with an eight year old girl. Now he never did anything wrong. He didn’t  She was his model…”

Shanley: “This is [Patrick’s] brother Willie [a sculptor]?”

Dudley Edwards: “She was his model. He used to buy her lots of gifts. She died at 14 of consumption or something but that was the only recorded person that he is attached to.
Patrick Pearse was unquestionably in love with his pupils, some of his pupils, and he was known to have favourites.
It has come out from letters that were hidden for a very long time from pupils just saying he used to kiss boys on the lips and ‘some of us wouldn’t and some laughed and called him Kiss me Hardy and we knew it was really Frank that he was mad about’ but there’s no evidence. I would be astounded if ever there was a moment when he did anything you could regard as abusive to a child. I really think.”

Shanley: “Was this maybe part of his death wish?”

Dudley Edwards: “I think he was tormented by desires and it’s in some of the poems. ‘Why do you torture me oh desires of my heart’. I think he was utterly tortured and confused. He was a tremendous innocent in all sorts of ways..
He was terrified of women. Tom Macdonagh who is a very attractive character in this, he had a great sense of humour. he was very good for Pearse. He was probably Pearse’s best friend. They used to pull his leg all the time. There’s one occasion when some women, some nice looking women, came up to see St Enda’s [Pearse’s school] and they’re in the library. Pearse, McDonagh and the two women. McDonagh says to one of the girls ‘come outside‘ and then he says ‘just wait, it’ll take 60 seconds…’. And after 60 seconds Pearse is out of the room, shooting down the corridor…terrified of being left alone in a room with a woman.”

Previously: Pearse And His Little Lad of Tricks