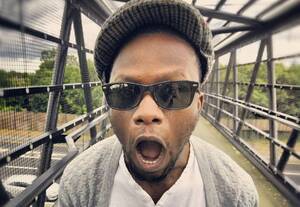 To the typical Irish citizen on the street, rap is much like any other underground scene: insular and other. Here, the genre remains largely associated with throwback gangster rap imagery and the jewel-encrusted stars of the bling-bling era, little of which would appear applicable to the realities of life in this one-time Catholic stronghold.

The country’s rap acts have typically been dismissed as novelties, while much of their output has sounded confused and gimmicky—a sloppy tongue-kissing session between the rappers’ Irish roots and those of the U.S. artists that inspired them.

Until recently, Irish hip-hop was represented by music that had little replay value or hope of traveling beyond the island.

Simi Crowns, though, is part of a recent surge of rap inventiveness that’s being pioneered by kids of African migrants and asylum seekers, many of whom have been forced to flee regions stoked in cruelty and corruption.

Much like how the influx of Jamaican immigrants into the Bronx sparked the birth of hip-hop in the ’70s, the kids of these migrants—who sought the cradle of the Emerald Isle to help forge a better life for their families—are causing a new wave of creativity in Ireland. For the artists, laying their stories down on wax allows their voices to be heard.

The population of Nigerian citizens in Ireland grew by 82 percent between 2002 and 2006. By 2011, there were over 40,000 Africans living amongst the Republic’s 4.5 million people. Comfortably fitting into this new-age land of opportunity, though, was not straightforward.

For generation after generation, Ireland has been a one-note nation. With a recent history marred by sectarian violence, wondering what kind of Christian your neighbor was—Catholic or Protestant—was about as tuned to diversity as people got. Anyone who wasn’t 100 percent white was seen as something different.

“It’s still a very new thing to have African people in Ireland, so we want to speak for those,” says God Knows, a Zimbabwe-born, West Ireland-based MC who forms one-third of the group Rusangano Family. With a razor-sharp flow that tugs at UK grime and Jamaican dancehall, God’s rhymes slice to the core of heavy topics like racism in Ireland, immigration, and being an African raised in a country where any person of colour is still assumed to be an outsider.

…their music is not just about introducing Irish listeners to African culture—it’s about establishing themselves as Irishmen in their own right. As the country becomes increasingly pluralist, the one-time obvious tenets of Irishness are being challenged, and God Knows and MurLi have a unified message: They’re proud to be black, proud of their African heritage, and want to proudly represent their home country.

“I don’t want to be just the black guy,” asserts God. “I’m an Irish person full-stop, as opposed to a black Irish man. I’m an Irishman that’s doing music, that’s pushing Ireland to the forefront, as opposed to pushing blacks or Africans.”

From the Outside In: Meet the African Immigrants Who Are Legitimizing Ireland’s Hip-Hop Scene (Dean Van Nguyen, Pitchfork) 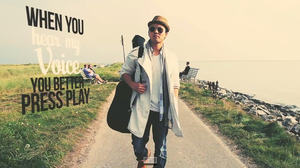 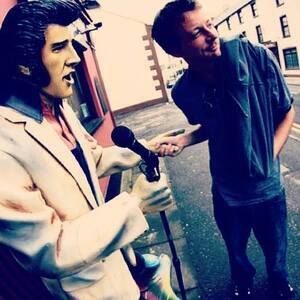