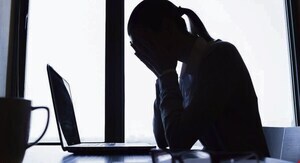 Does anyone really think that in the last hour of the last day of the working week that productivity is much above zero?

One of the main demands of the trade union movement in its infancy was to limit the working week. In 1866 the International Workingmen’s Association called for a 40 hour work week – a radical demand at a time of 60 hour working weeks.

It took well into the 20th century before this was implemented in the industrialised countries.

And now, in Sweden, there is a new experiment – the 6-hour working day, or 30 hour working week. It is not a law, it is not being implemented across the board. But a number of public and private sector workplaces are implementing a shorter working week on a trial basis.

Why? In the first instance, it is not about lowering unemployment though that will be an increasing consideration in the future with the rolling out of labour-displacing technology.

Rather, it is about increasing productivity, efficiency and health.

Here are some examples of the Swedish experiments:

In the Svartedalens nursing home, nurses have had their working day reduced to six hours at the same wage. This is a controlled trial and will end at the end of 2016 to assess the results.

A similar experiment is occurring in Gothenburg’s Sahlgrenska University hospital where orthopaedic surgery has moved to a 6-hour day, as have doctors and nurses in two hospital departments in Umeå.

At Toyota service centres in Gothenburg, employees moved to a six-hour day 13 years ago and have never looked back. Customers were unhappy with long waiting times, while staff were stressed and making mistakes, according to Martin Banck, the managing director, whose idea it was to cut the time worked by his mechanics.

From a 7am to 4pm working day the service centre switched to two six-hour shifts with full pay, one starting at 6amand the other at noon, with fewer and shorter breaks.

The Brath internet firm has a page on its website explaining why it is starting a six-hour day. The company, which has 22 staff in offices in Stockholm and Örnsköldsvik, produces as much, if not more, than its competitors do in eight-hour days.

And it’s not just in Sweden where this experimentation is taking place. In the UK, Agent Marketing is experimenting with a six-hour workday. Employees switched from an 8:30 to 5:30 shift to a 9:00 to 4:00 shift, with a one-hour lunch break.

All of the above, however, is just experimentation. Very few are actually proposing to introduce a 30-hour work week across the board. Currently, the headline cost would be extremely high in both the public and private sectors, especially as employees in these experiments are paid the same wage.

Further, we have to sort out our labour market, where a number of people want to increase their working hours because they are trapped in under-employment (though reducing full-time working hours could help).

A reduction in working hours will affect different sectors in different ways – a little easier in capital-intensive industries, more difficult in labour-intensive workplaces.

But the point here is that reducing working hours can actually increase productivity. Does anyone really think that in the last hour of the last day of the working week (e.g. Friday), that productivity is much above zero? Or that people at their desk for all hours are producing anything, apart from the image of being industrious to impress their boss?

Would the increase in productivity off-set the extra costs to enterprises in reducing hours? Probably not fully. It would require reconfiguring our tax and social protection benefit system – a hard task, but not impossible.

All of this will have to be measured, assessed and analysed. So why not set up a programme of experimentation? Select a scientific sample of workplaces in different sectors to implement a working week reduction trial.

This would require a pre-reduction analysis of productivity and efficiency to compare with the post-reduction output. It would require subsidies for those firms to ensure they don’t lose out during this experimentation.

Let’s see where that takes us. The decisions we make would then be informed by evidence and data, rather than prejudice and assumptions.

But the most important element of a programme to reduce working hours is the impact on people – the benefit in terms of health and well-being, work/family balance, the opportunity to engage in other pursuits with more free time.

What a boon that could be to people’s lives.