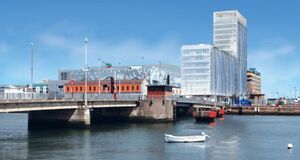 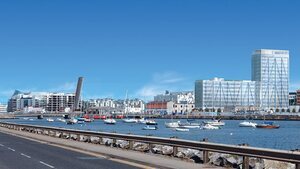 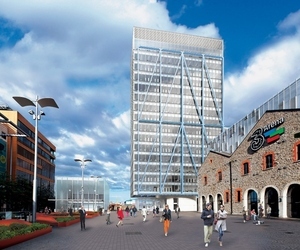 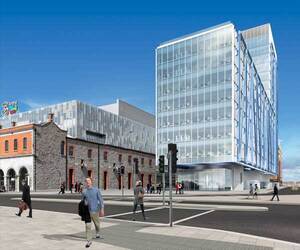 The €80 million Nama-funded Exo building [by Shay Cleary Architects,] will be significantly taller than any of the existing docklands offices built in recent years, including the 67m Montevetro building owned by Google on Barrow Street. It will also be almost a third taller than the 1960s Liberty Hall.

The site is one of the few in Dublin where high-rise buildings are permitted, but the Exo is not the tallest building planned for the dockhands.

Directly across the river Kennedy Wilson was last October granted permission for Capital Dock, a combined residential and office development at the corner of Sir John Rogerson’s Quay and Britain Quay, which will have a 79m-tall apartment block.