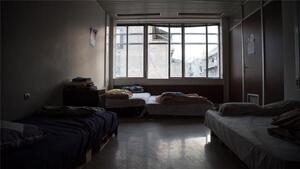 From top: A room for refugees at a shelter in an abandoned government building in Athens, Greece; Dr Julien Mercille

In Athens, Greece the author visits a shelter for refugees displaced by conflicts in the Middle East.

There are currently 53,000 refugees stuck in Greece, but you wouldn’t notice if you didn’t look for them.

So I decided while in Athens this week to see what the current situation was.

I heard about a volunteer-run project in the city providing accommodation for refugees and made my way there to check it out.

When I get there, two or three Afghan and Syrian families are at the reception desk and want to check in. The place is  a makeshift hotel in a former government building.

The hotel’s receptionist is a middle-aged woman of the authoritarian, don’t-mess-with-me type, who constantly looks at you over her glasses. She communicates with the migrants through a younger female Middle Eastern volunteer who translates whatever goes on in the lobby.

The atmosphere is a bit chaotic but gives a good idea of how difficult it is to deal with a massive influx of refugees.

One Afghan family of eight (or two families of four, I’m not sure) is asking for a room. The receptionist is trying all possible combinations on the large spreadsheet on her desk.

“Room C6? No, there’s too many Syrians in that one. Room D11? No, there’s already three babies in there and only one mattress. Room B9? No, the Afghans there are already taking up all the space.”

The translator asks, “What about C6?”

“No, I told you—it’s full of Syrians in there!” replies the receptionist.

“What about B9 with the Afghans?”

The receptionist loses it easily, but they eventually find a room. Everybody is relieved.

Next is a Syrian couple.

The receptionist lets them know that they’re now full for tonight and that there are no rooms left. But the Syrians are determined and proceed to go down the list of progressively crappier options.

“No, the tents are all occupied for tonight”.

“No, the couch is already full for tonight”. I wonder how many people they can really pile up on that couch anyway.

“Can we get sleeping bags and sleep on the floor?”

The exasperated receptionist calls a volunteer who, a few minutes later, comes back miraculously with two sleeping bags. Sorted.

It’s now my turn. The receptionist is now in a sensitive state, and I’m suddenly reminded that it’s not only Broadsheet commenters who don’t like me.

I say I’m a journalist and I’m here to have a look around. Her reaction is instantaneous: “Journalists, no way! You have to leave! No journalists inside, the mass media is bad!”

I tell her not to worry, I write for Ireland’s least mainstream publication,

“Journalists are not allowed in, they have hurt what we do.”

I’m asked to leave without knowing what journalists have written about the place. I wonder if they insinuated there were terrorists in the place, or drugs, or something else. It could be any of those things. But if one needed an example of how low people’s trust in the media has sunk, regarding refugees or anything else, this is it.

As I walk back to my hotel I decide to go through the Parliament’s park for a change of scenery.

I see a few people walking their dogs and their weasels. Yes, weasels.

A weasel walker explains that there is a weasel party organised in the park today.

Life goes on in Athens. 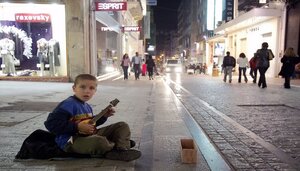 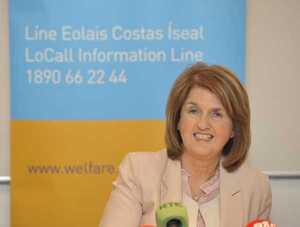 29 thoughts on “Wish You Were Here”