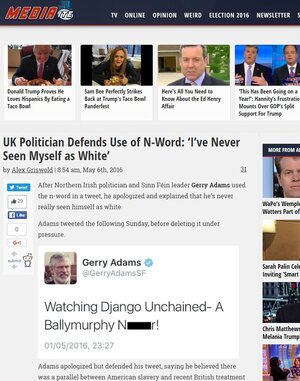 UK Politician Defends Use of N-Word: ‘I’ve Never Seen Myself as White’ (Mediaite)

“Don’t Say It Isn’t Coming Up On The Doorsteps”