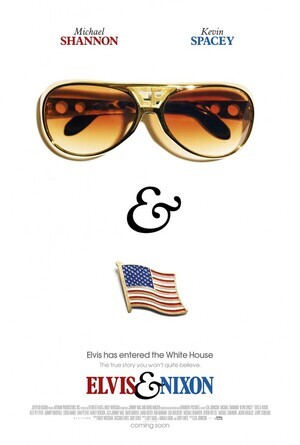 1. In December 1970, Elvis Presley (Michael Shannon) engineered a meeting with Richard Nixon (Kevin Spacey) to discuss The Beatles and those goddamned hippies.

2. Co-written by The Princess Bride’s Man in Black (Cary Elwes).

3. Another presidential role for Spacey.

4. Bruce Campbell would’ve done a 2-for-1 deal on both parts.

5. Pffft… I want to see ELVISZILLA VS. NIXODON!!! Two mechagiant monstrosities battling in the skies over Washington.

Broadsheet Trailer Park: Made Of Stone