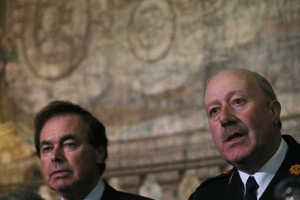 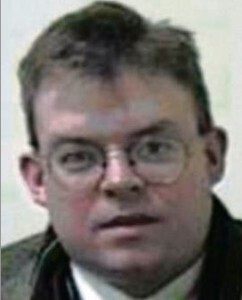 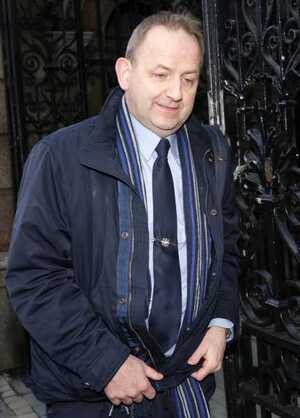 You may recall a post from February 18, 2014 containing a transcript of a conversation between former Garda Confidential Recipient, Oliver Connolly and Garda whistleblower Sgt Maurice McCabe on February 9, 2012.

A day after the transcript was published, Mr Connolly was sacked.

The conversation between the two men came after Sgt McCabe had given Mr Connolly a report containing a number of allegations of Garda wrongdoing.

During the meeting Sgt McCabe was told that the then Justice Minister Alan Shatter had referred his complaints to Garda Commissioner Martin Callinan and that no further action would be taken.

“I’ll tell you something Maurice and this is just personal advice to you. If Shatter thinks your screwing him, you’re finished… If Shatter thinks it’s you, if he thinks or is told by the Commissioner or the Gardaí here’s this guy again trying another route trying to put pressure on, he’ll go after you.”

“What I’ll say to you is, [your report] went to the Department of Justice and that annoyed the Commissioner greatly. I’m sure it’s going to be an embarrassment for the Gardaí, a disaster for them and listen if your complaints are exposed to the print media it will make him an angry man.”

Broadsheet posted the full transcript after excerpts were read into the Dáil by both Independents 4 Change TD Mick Wallace and Fianna Fáil leader Micheál Martin.

Readers may wish to note that this is what former High Court judge Kevin O’Higgins concluded in relation to that transcript, in his Commission of Investigation which was published yesterday: 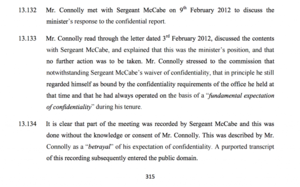 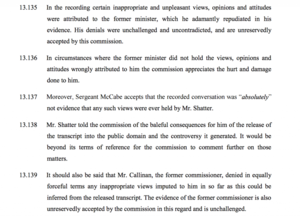 15 thoughts on “‘Their Denials Are Unreservedly Accepted’”