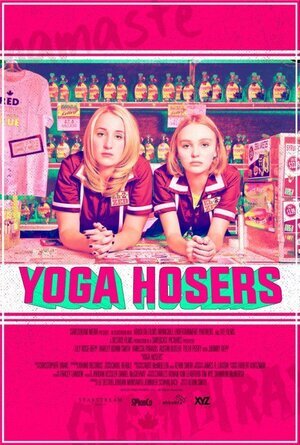 2. It’s Kevin Smith everybody. Cracking himself up since 1994.

3. No doubt the starring role for his daughter played a big part in persuading dog-smuggling Johnny Depp to continue further down the path of career suicide.

4. Yoga Hosers is the middle part of a trilogy, because such quality demands a trilogy. Next up… Moose Jaws.

5. Smith is responsible for 98% of worldwide ice hockey jersey sales. Fact. A Mumu can’t be far.