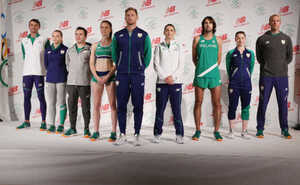 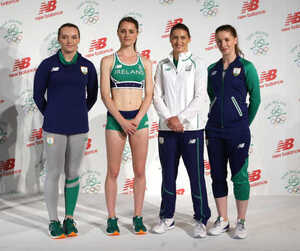 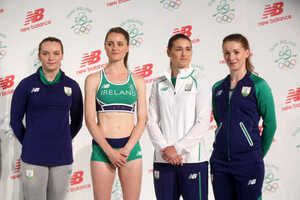 The Olympic Council of Ireland launches the 2016 Irish Olympic Kit from American (was it for this?) footwear giant New Balance in the Smock Alley Theatre, Dublin 1 ahead of the Rio Olympics in Brazil this Summer.

Why isn’t the male runner wearing a crop top?