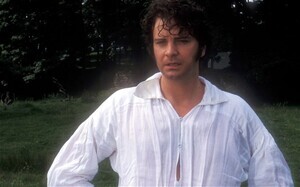 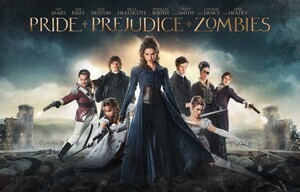 It was the plunge heard around the world.

Can any man or zombie equal the impact of the ‘original’ Mr Darcy?

JR was the original baddie, wasn’t he? Like JR was the first TV icon that sucked us all in’ta cheering and cursing at the same time; JR had us singing and wearing T-shirts and taking sides.
Before JR, book’im Danno Steve McGarrett, Alias Smith AND Jones, The Hulk, John Shaft, and even the who luv’s ya baby Kojak only had loyal viewers.

But when JR cowboy-booted in in that giant Merc, he took over every household, workplace, pub, playground, and headline.

Over the years since, more leading men started to join the starry fantasy circles of the morning tea break; Francis Urquhart (FU), The Diet Coke Man, Dr Doug Ross, The Milk Tray Man every now and again, and recently the Lord Commander Jonny Snow. But they were and are only mere interruptions. Well maybe not Jonny Snow. We’ll see.

For me, there is only one other telly leading man that captivated, controlled and transformed our idling bant’ish exchanges since JR: Mr Darcy.

From that very first episode on BBC1 that September night in ’95 he was already carved in stone, and a monument that will outlive all of us was created. Mr Darcy changed television programming.

Mr Darcy even launched a 500million plus fillum franchise. That scene with the shirt and the spontaneous plunge has been done and done and done again. But none have been as gobsmacking and powerful as the original. It wasn’t just sheer beauty, it was a game changer.

The budget for that original series was apparently a mill (sterling) per episode, leaving it at circa 6 mill. The big screen follow-up had a budget of (according to wiki so you know yerself) of 22m. And Macfadyen, while he looked the part, could barely hold Mr Darcy’s riding crop, even with Kiera Knightly licking it.

So now comes the turn of Pride and Prejudice Zombies.

How could I not? I love me Zombies and I’m naturally obliged to suss out this latest Mr Darcy, who is now Colonel Darcy btw.

I won’t ruin it for ye but it made me laugh. Obviously it’s a take on the Zombie genre, this one applies, in as much as made sense, the original scripts, and it’s one where the Zombies too observe the Austen ‘them and us’ manners and snobbery, a Zombie Aristocracy and class system exists alongside the Bennetts and the Bingleys. Sur’ that has ta’ be seen.

The Bennett girls are now trained Shaolin warriors, and Mr and Mrs Bennett add just the right amount of camp, and are charmingly played by Charles Dance and the fabulous, yet for some reason, underused Sally Phillips.

Charles Dance isn’t the only GOT mention btw, Cersei is Lady Catherine de Bourg, and ye just have to see her gig in the Zombie version.

How this fillum bombed is a mystery to me. I had great fun, the opening titles which appear under a narrative by Mr Bennett even had me skitting.

And. Well the lads will get a bitta leg and garter with this one along with the corsets and heaving boobies that they only stuck around with the original one for.

Ah he’s no Mr Darcy, and his dive is, well, limp. Although, “it must be said” I did enjoy the new’ish role and approach, especially the leathers.

And Bingley is definitely better than the last twerp. Ah here, I’ve said enough, but I will add that the girl from Black Swan who won the Oscar, Natalie Portman, produced it and, imo, it got her good value for the $28mill budget.

To be fair tho’ condensing P & P down to a movie length will always hinder its chances against the telly one, but seriously, give it a go on DVD night … well maybe after the bag’a cans.

So back around to where we started.

JR would have sorted out those Zombies without even taking off his hat, and would’ve had them working for him around Southfork if Miss Ellie would let him. He’d more likely have them making him money by burning them down into oil; or sum’ting like that. Sur’ JR would be immune to any Zombie bite anyway.

Hey there’s an idea. Oil Field Zombies: Zombies that only want to guzzle oil and not brains……… Christ t’night that’d be a savage one. Imagine the special interests getting together to fight off oil-ate’in Zombies.

Yer man Gerard Butler would be the lad to lead the Allied Forces. Or maybe even Kit. That’d be nice. The Lord Commander not covered over with hapes of durty sheepskins. JR (played by Clooney) could be the Halliburton man. You heard it all here first!

Whereas Mr Darcy would’ve had all the Zombies hating him and swearing revenge, and then in the end, they’d all be worshipping him and ate’in themselves just from the shadow of his cowering glare.

Nothing’s really changed, so bring on the next Pride and Prejudice remix. I’d love a Wild West/ Cowboy n’Indian one, or one with the Dinosaurs still around. Sur’ there’s room for them all. How’about a new Odd Couple? While we’re at it like, Oscar Madison and Felix Unger and the dooooooo do to dooo do theme.

Will JR and Mr Darcy ever really be replaced?