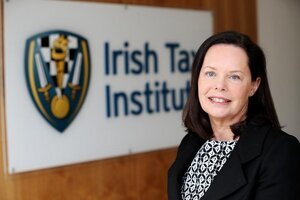 The Irish Tax Institute (read US Multinational tax Lobby Group) has an Op-Ed in today’s Irish Times [‘Irish income tax system is skewed, uncompetitive and too complex’ by the institute’s President Mary Honohan] looking at the role of Ireland’s personal tax system and its impact on our “global competitiveness.”

It goes on to make an absurd suggestion that Irish employees have no incentive to look for salary hikes or promotions due to “such high levels of personal tax“.

It also puts forward the notion that “skills and talent are in scarce supply” but the last time I looked we had an unemployment rate of 9.7%.

What is really galling though is that we give generous tax breaks for highly-paid executives of US multinationals or “globally mobile talent” as the ITI calls them.

It finishes by asking the whether “it is really sustainable to continue to draw on a small group of taxpayers who already contribute such a sizeable chunk of the income tax yield? We must also ask if it would be better to have broader participation in our tax system?”.

But the real question they are asking is whether the regular Irish taxpayer and those who earn the least in society are willing to INCREASE the amount of tax they pay in order that those at the top (the “talent”) who earn the most can benefit? 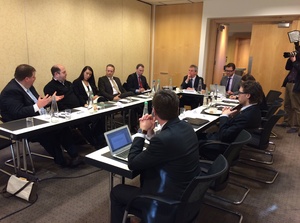 Are They Haven A Laugh?