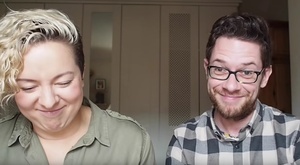 It can be done.

I made a YouTube video about how to stay friends with your ex, WITH my ex and thought it may be of interest – as my ex is Broadsheet friend Liam Geraghty!

100 thoughts on “Impossible Is Nothing”