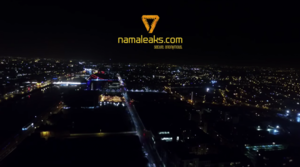 You may recall how Independents 4 Change TD Mick Wallace told the Dáil in June of his plans to launch a website to assist those who wish to anonymously raise concerns about Nama.

Namaleaks.com will allow for anyone who has been unfairly treated or who has witnessed poor practice by NAMA, or by any Investment Funds currently operating within Ireland, to securely and anonymously deliver information relating to same, to namaleaks.com.

Namaleaks.com is the first of its kind in Ireland, both in terms of security and anonymity.

Namaleaks.com was created with the assistance of the US based ‘Freedom of the Press Foundation’ along with experts who work closely with whistleblower Edward Snowden. They are world leaders in creating safe and anonymous electronic systems.

There are several ways to contact Namaleaks.com, depending on the level of security and anonymity you require.

You can communicate and deliver informatio/documents via encrypted email or encrypted mobile text.

This is explained in greater detail at namaleaks.com. If you wish to remain completely anonymous, namaleaks.com provides instructions on how to set up an anonymous email account in order to contact us.

All information received will be checked, cross-checked, and evaluated by the team of five as mentioned above, who will utilise any further necessary expertise, before deciding how best to use the information.

Since its inception in 2009, NAMA has, to quote An Taoiseach Enda Kenny, operated as a “secret society”.

It is unfortunate that our Government does not want NAMA to be accountable to the people of Ireland. Much information has already come to our attention which highlights serious problems in relation to how NAMA has operated – there is little doubt but that the best interests of the people of Ireland have not always been served by this State organisation.

Despite the fact that many worrying issues regarding NAMA have been brought to the attention of the Government and the Opposition, on the floor of the Dáil, there remains, a stubborn reluctance to hold NAMA to account, or properly address the serious concerns through a Commission of Investigation.

It is deeply disappointing that Fianna Fáil do not want an investigation – they say that there may be a need for one when all other investigations have been completed, but that will be three years from now.

Clearly, Fianna Fáil do not want an investigation into NAMA. So, while the National Crime Agency in Britain, and the Securities & Exchange in the US, have seen fit to commence investigations into NAMA’s Northern Ireland loan portfolio, Project Eagle, the jurisdiction with most cause for concern, the Republic of Ireland, wants to turn a blind eye.

It is not the citizens of Northern Ireland or America who may be paying a heavy price for how NAMA has done its business – it is the citizens of the Republic of Ireland.

Namaleaks.com intends to do what Fine Gael, Fianna Fáil and Labour do not want to do, that is, hold NAMA to account in the interests of the people of Ireland.