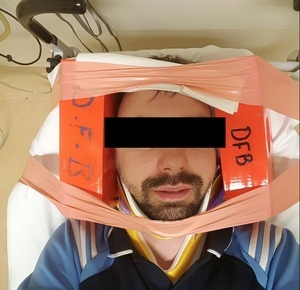 Poland-born Marcin, who was attacked and beaten by a group of teenagers in a homophobic assault in the Phoenix Park, Dublin in July.

I am contacting you regarding the recent homophobic attack (July 30) in Phoenix Park.

There have been several incidents of homophobic violence in the media since #YesEquality, but this one, perhaps the most horrific, has received little attention.

Marcin was viciously attacked by a a group of teenagers who made homophobic threats and insults, chased him, hit him with an iron bar and made him fear for his life by  attempting to run him over in a car.

Instead of Gardai seeking a statement from Marcin following the attack, he had to insist on it being taken.

The criminal justice system continues to let down queer, trans and gender non-conforming people. Homophobia did not end with marriage equality, and won’t stop without us challenging it.

After reading the recent article in the Outmost about the attack in the Phoenix Park we decided to organise an event to show solidarity with all those who’ve been victim to homophobic violence.

It is difficult not to assume that the situation would be handled differently if Marcin was a different person, or to presume that his story could be headline news if he were someone else. Being able to walk safely through the park is something we all should be able to take for granted.

No one should be told to be vigilant, told not to walk too close together, not to walk alone, to refrain from holding hands or to forget about ever kissing in public.

We should not need to share a common identity to be safe.

That is what this event is about. We hope to see you at the Criminal Court on Parkgate Street this Thursday at 7pm…

27 thoughts on “Stand Up For Marcin”