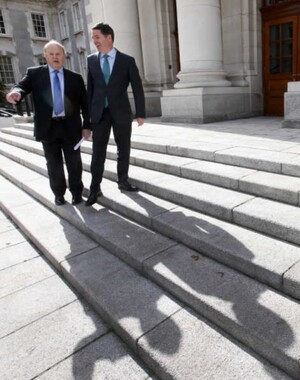 With the Cabinet agreeing to appeal the decision that ireland gave illegal state aid worth 13bn Euro to Apple….the following is reportedly what was agreed:

(i) Supports the Government decision to appeal the European Commission’s decision that Ireland provided unlawful State aid to Apple.

(ii) Commits itself to the highest international standards in transparency in the taxation of the corporate sector;

(iii) Resolves that, no company or individual receives preferential tax treatment contrary to the Tax Acts and calls on the Revenue Commissioners to continue to observe this principle;” and

4. To reaffirm Ireland’s 12 and half per cent corporation tax rate

5. To arrange for a review of Ireland’s corporation tax system by an independent expert to be appointed by the Minister for Finance, excluding the 12 and half per cent corporation rate.

Apple and state aid: the end of the affair (Vincent Boland, Financial Times)